Forward Motion Pictures are running a crowdfunding campaign on Kickstarter to help them make a feature film, Self-Help: A Serial Killer’s Guide to Life.

Rupert has Tweeted his support for the campaign and has become a backer himself.

The two women playing the leads are Poppy Roe and Katie Brayben, who played two of Bobby’s three girlfriends in Company in 2011. Also, Rupert had a role in Forward Motion’s short film, This Love, in 2012. 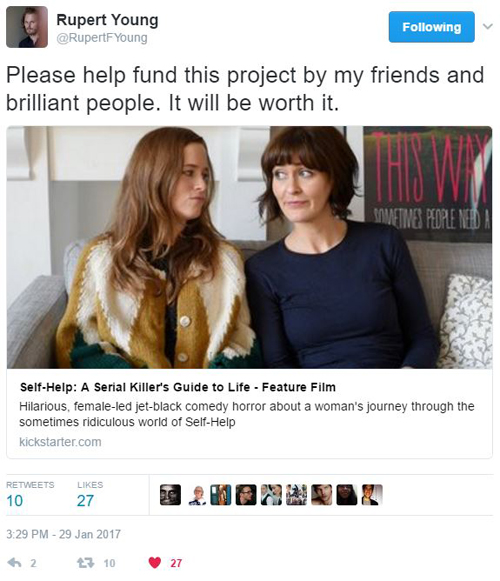 I am a backer for Self-Help, too, so can only encourage you to get involved, if you possibly can! I was a backer for Forward Motion’s short film This Way Out, and not only was the film awesome, but the experience was, too. These are good and lovely people.

So, here is that Kickstarter link again!