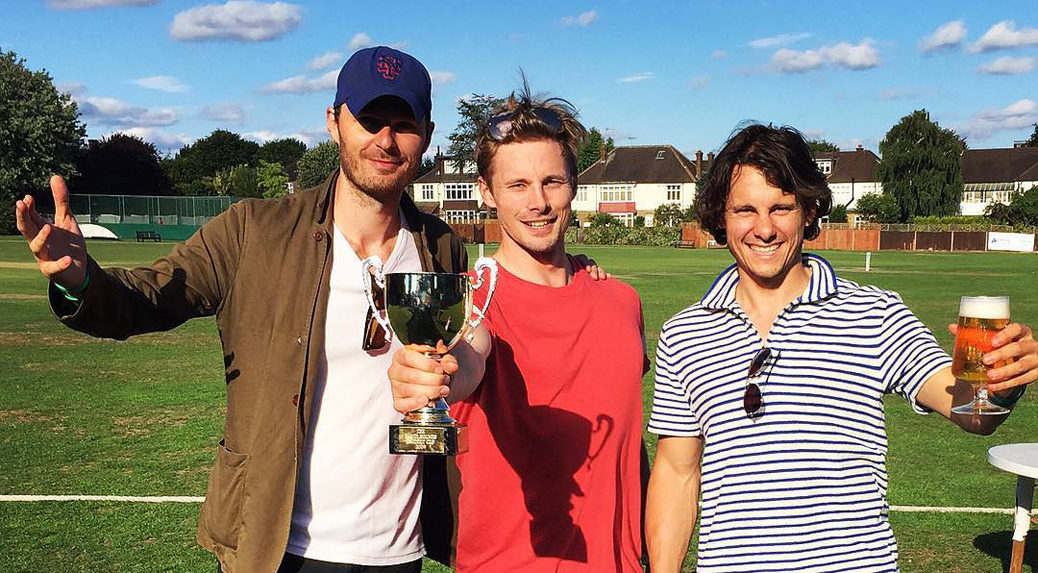 END_OF_DOCUMENT_TOKEN_TO_BE_REPLACED

Here is a lovely long interview done with Rupert, in which he talks about possibly directing or writing, and acknowledges that these days, ‘It’s all about the dragon!’

Thanks to Manuela for the link!

Rupert was due to play cricket in the Bunbury Celebrity Cricket Match at Widford on Sunday 25 August. Click here for a flier or visit the Ware Cricket Club website. In the event, however, it seems that Rupert couldn’t make it on 25 August – we’re not sure why – but Bradley James (King Arthur, BBC Merlin) very nobly stepped up to the plate on his behalf! What a trouper. ♥ Thanks to various online friends for the info!

As promised a long while ago, here are some fan photos taken after Cold Con 2, which Rupert kindly attended in support of Eoin Macken and Tom Hopper’s film Cold.

Rupert was one of the special guests attending this small con, at which Eoin Macken (Gwaine in Merlin) and Tom Hopper (Percival) screened their film Cold. I wrote about the con at some length on the Merlin Locations website here.

I will have some more photos to post, including some of Rupert, but in the meantime here’s a lovely one of our darling man with two rather happy fans!

Rupert attended this convention, along with fellow knights Tom Hopper and Eoin Macken.

I attended MCM Comic Con in Manchester today. And I’m going to cut right to the chase, because it’s been a very very long day, and the con was madly crowded – but then at least it wasn’t as unbearably hot as I feared it would be, given that Britain seems to be very efficiently packing a full summer into a couple of weeks!

After almost two hours of queuing to get in and then queuing some more for the Knights’ autographs, I finally caught a glimpse of Rupert, and suddenly things seemed a little brighter. Strange how that works, huh? Tom Hopper, Rupert Young and Eoin Macken were all in attendance. They were all their own lovely selves. Tom was first on the table. I asked him how he’d enjoyed Australia, and he replied very enthusiastically. He was looking very fit and tanned, but when I asked he said it was a British tan! Not surprising, really, but a little ironic.

Rupert was next, and again we talked about Australia; he asked me where I’d lived there (Canberra), and said he’d visited Perth before and enjoyed it very much this time as well. Eoin leaned in when the fan before me moved on, and after a beat said to me rather pointedly, ‘I enjoyed Australia, too, you know.’ LOL! I asked him about when he was doing the poetry recordings for the Cold crowdfunding perks, and he said in the next couple of weeks. He remembered that I’d sent him my choice already. They are lovely fellows, though unfortunately both Rupert and Eoin were hiding away under baseball caps and seemed a little quieter than usual – but no doubt they had their reasons!

Well, you’d think I’d be used to all this by now, but I was all a-flutter…

END_OF_DOCUMENT_TOKEN_TO_BE_REPLACED

Rupert appeared as Sir William Herbert in this adaptation of The White Queen, a novel by Philippa Gregory. The tv series runs for ten episodes, but alas Rupert was only in one of them. Filming took place in Bruges and Ghent, Belgium.

And here’s a delicious promotional still from the production, which I copy here with respect but without permission. (All rights remain with the photographer and BBC One.)

Rupert attended the Supanova conventions in Australia – in Sydney, 21-23 June and Perth, 28-30 June – along with Tom Hopper, Bradley James and Eoin Macken.

Here’s a video of an interview conducted by Darran Price for AccessReel.com.