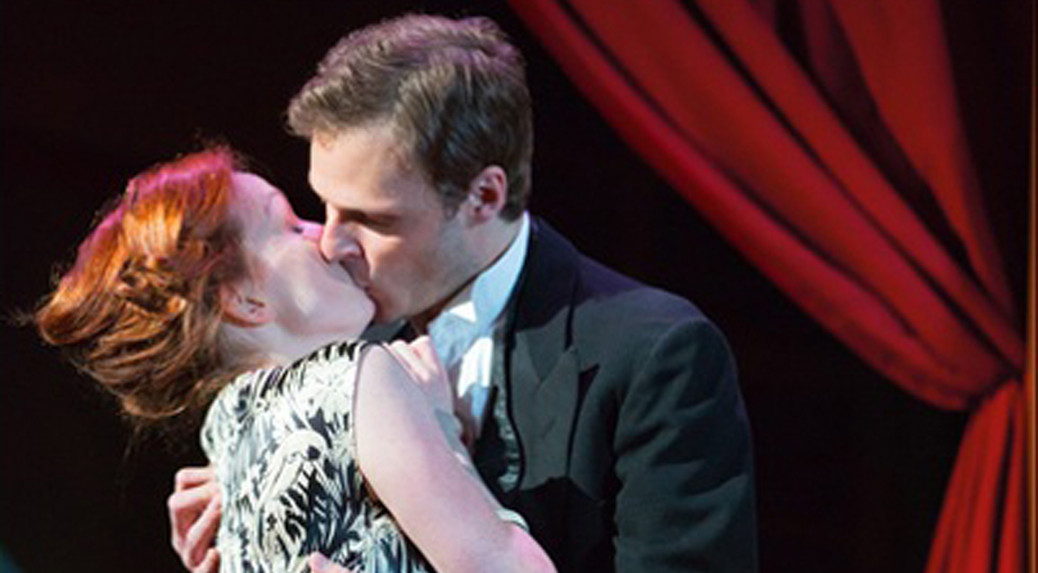 This is an ambitious production featuring nine Noel Coward plays, presented in three groups of three. You can see one ‘Trio’ of plays a day – or you can do what we’ve just done, and go on a day when all three Trios are played back to back.

Known collectively as Tonight at 8:30, this production comes courtesy of the English Touring Theatre (ETT), and is directed by Blanche McIntyre. It is currently running at the Nuffield Theatre in Southampton, and will then be touring English regional theatres (details below).

My main motivation for attending was that Rupert is in the cast, but he is joined by eight other wonderful actors, and they made for a great ensemble.

The triple bill was an awesome marathon, filled with plenty of wit, humour and drama. There were some plays in which I laughed until I cried, while others were absolutely heart–breaking. All were interesting, even intriguing. There is no doubt that Coward was a clever, observant and witty writer. As Sam Hodges (Creative and Executive Director of Nuffield Theatre) says in the program, ‘where theatre is at its best is when, behind the manners and etiquette and wordplay, lies loss, love, hope and truth. These Coward captures in spades.’

Luckily for me and my fellow Rupert fans, he is in eight of the nine plays – though only briefly in a couple. He gets the chance to really shine in two of them, though.

In We Were Dancing (Trio 1), Rupert plays Karl. He and Louise (the marvellous Kirsty Besterman) are strangers who have fallen deeply in love while waltzing at a party, and start making immediate plans to spend their lives together. This has to take into account Louise’s husband Hubert (Peter Singh), but the three of them strive to deal with the ramifications of this heartfelt emotional moment with honesty and rationality. The results are very funny and occasionally very moving. Rupert gets to play … well, a gorgeous decent man who has suddenly found himself to be a romantic lover. Even while Karl and Louise fully acknowledge and accept this life–changing moment, however, they still need to negotiate the details and the practicalities. Not to mention learn each other’s names. It’s all just delightful – and Rupert sings a charming song as well! He has such a great voice, so subtly expressive and never less than evocative throughout a very long day.

END_OF_DOCUMENT_TOKEN_TO_BE_REPLACED

This is a list of Rupert’s work that we’re still researching – things we’ve heard about or seen glimpses of, but don’t have enough confirmed details about to post. If you can help us with more information and links or images, we’d very much appreciate it!

As I said above, any help would be awesome!