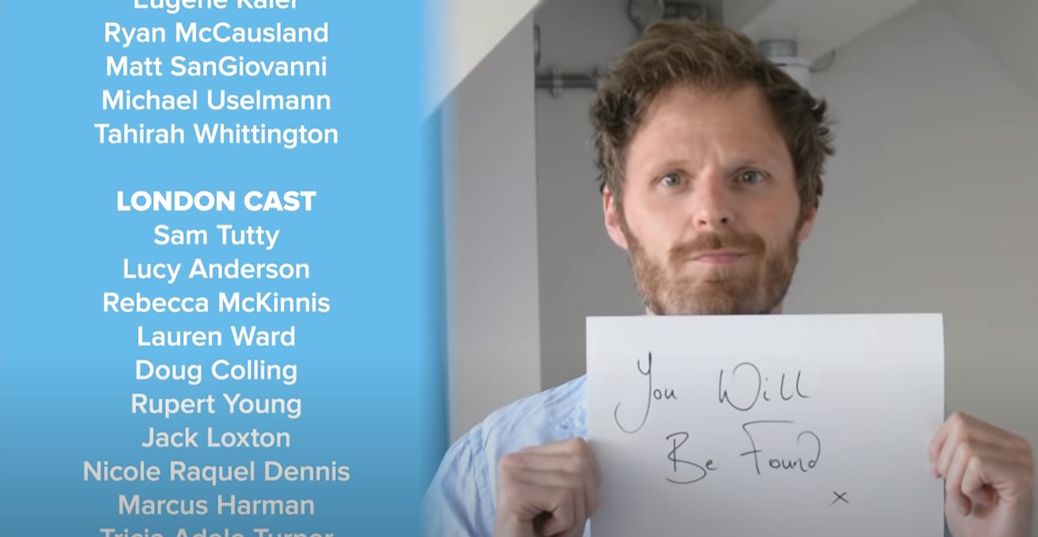 The song “You Will Be Found” is performed in this video by the Dear Evan Hansen Broadway, North American Tour and West End companies – including some lovely glimpses of our Rupert. It is available on YouTube.

This holiday season, we may not be together, but YOU ARE NOT ALONE

The Dear Evan Hansen West End cast – including our beloved Rupert – is part of this socially distanced concert on thespie.com. Global digital tickets are available to buy online, which give you access for 7 days.

There is a brief clip of Rupert talking with castmate Jack Loxton, saying he’s looking forward to seeing people again without it being… strange. Then the DEH cast sing “Merry Christmas, Everyone”.

Thanks to Bunnysworld for the heads-up! ♥ 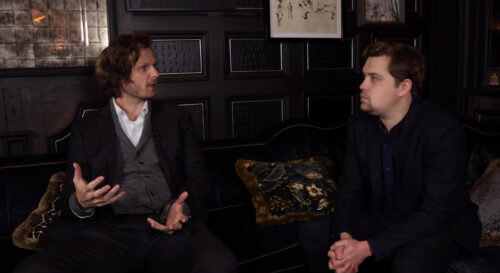 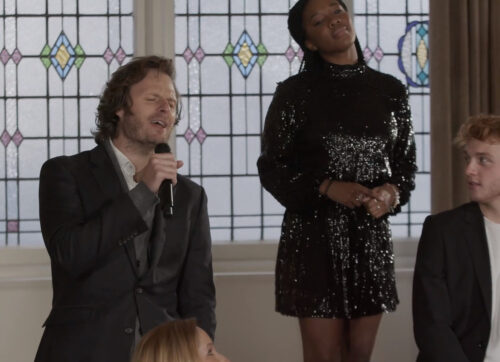 Screen captures shared with the greatest respect but without permission.

Rupert, along with other members of the Dear Evan Hansen family, took part in this video supporting Mental Health Awareness Month.

There is also a link to an open letter you can sign,  which asks world leaders to “protect and scale up mental health support in all COVID-19 responses”.

This #MentalHealthAwarenessMonth the three companies representing the global #DearEvanHansen family join over 200 notables from 40+ counties in supporting @gospeakyourmind in the fight for better mental health support. Let your voice be heard by signing: https://t.co/msg596MV6J pic.twitter.com/MAFPuSVFyq

Rupert’s part in the script is: “Our world is not equipped to respond to this global mental health crisis. It wasn’t before the pandemic, and it isn’t now.”

You will be found. 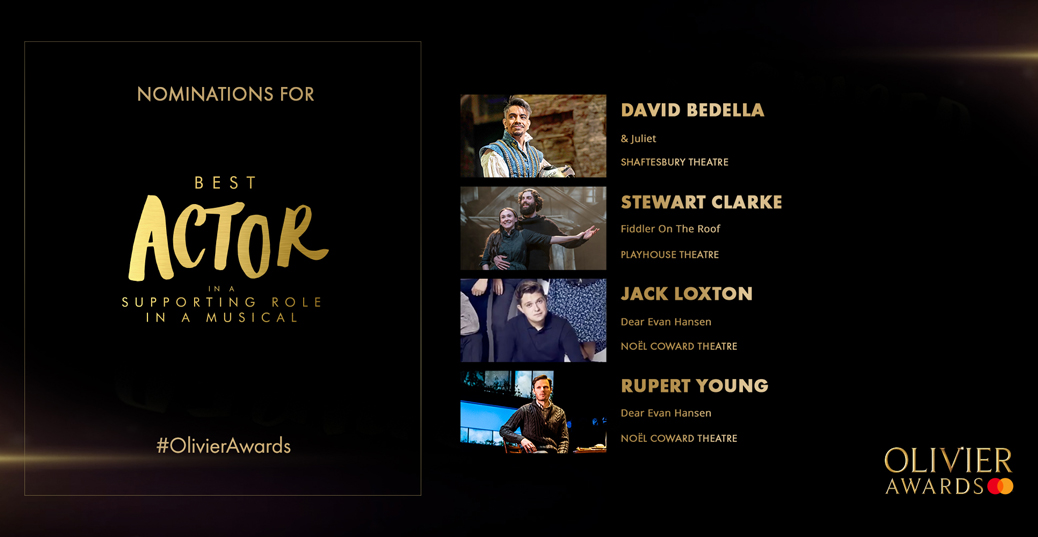 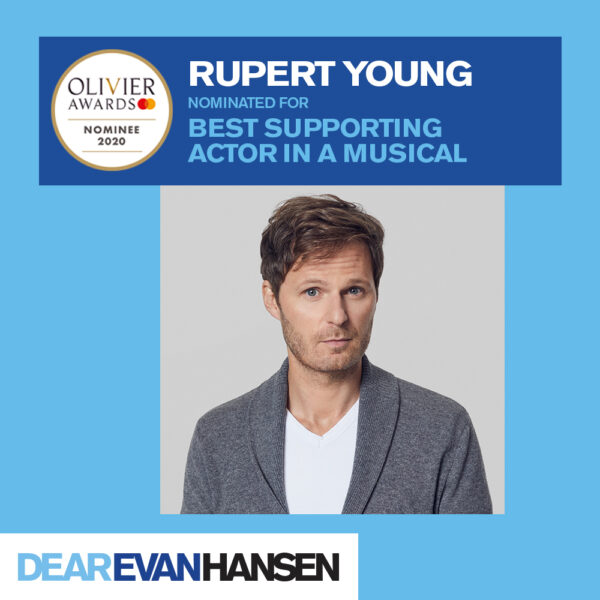 Rupert appeared in the 20th Annual WhatsOnStage Awards Concert on Sunday 1 March 2020, along with the rest of the DEH West End cast, performing the song “You Will Be Found”. More info: article with link to ticket sales 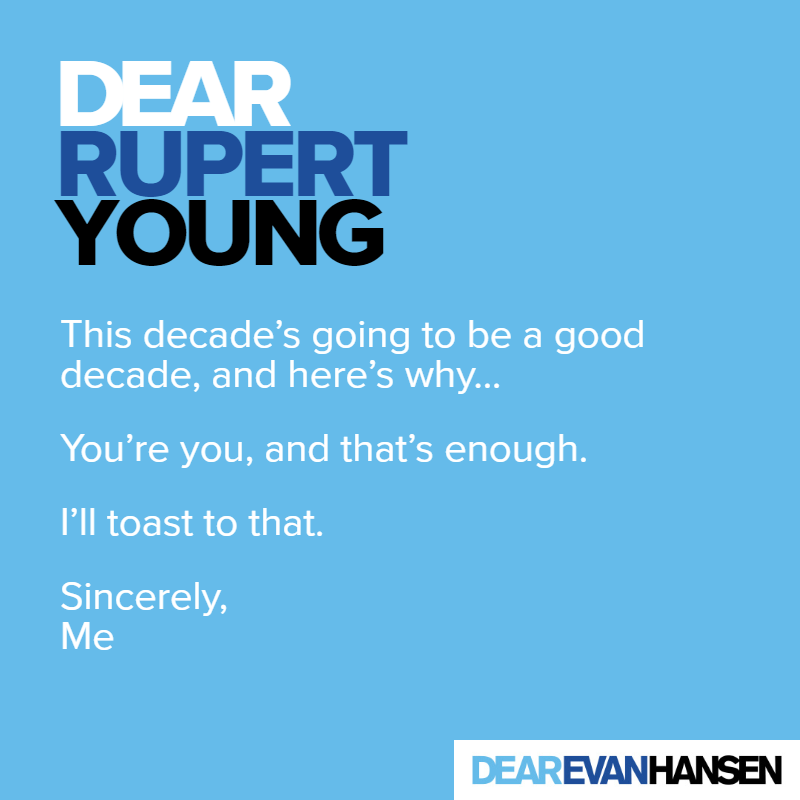 I’d be delighted to include your photos of Rupert (and you?) at the stage door. Please comment below if you’re interested. 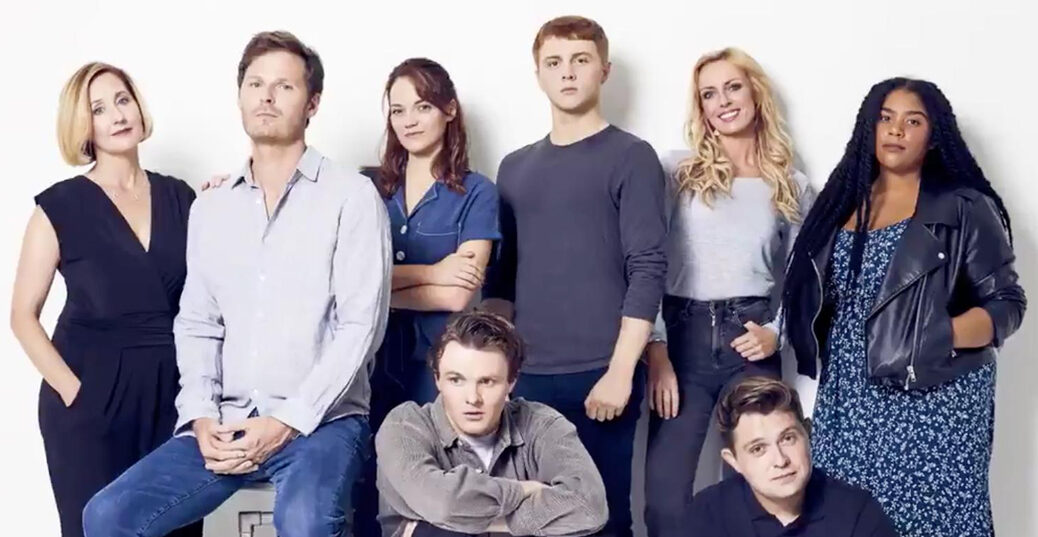 Rupert is appearing in the West End production of Dear Evan Hansen, as Larry Murphy, Zoe and Connor’s dad.

The production’s London home is the Noel Coward Theatre – with previews from 29 October 2019, opening on 19 November, and tickets currently selling through to May 2020.

This is wonderful for Rupert, as the Broadway production has been enthusiastically received, and won six Tony Awards in 2017, including Best Musical. I think we’re all anticipating a long run for this in London!