14 July 2019: Rupert was to have been a guest at the convention Myth & Magic in Birmingham, England on 17-19 April 2020, along with fellow Merlin alumni Emilia Fox (Morgause), Fintan McKeown (King Odin), Michelle Ryan (Nimueh) and Alex Vlahos (Mordred). Unfortunately Rupert will no longer be able to attend this convention. Alex and the other Merlin actors will be there, though!

25 April 2019: Rupert was to have been a guest at the convention Magic Con to be held in Bonn, Germany on 26-28 April 2019, along with Alex Vlahos (Mordred in Merlin). Unfortunately, Rupert had to cancel with short notice, due to “a new filming role”.

5 December 2018: Rupert was to have been a guest at the convention Highway to Albion in Paris on 26 January 2019. Unfortunately the event was cancelled due to low ticket sales. Alas and alack!!!

19 September 2018: Rupert was to have attended the convention MCM Comic Con Scotland in Glasgow on 22-23 September 2018, along with Merlin’s Alex Vlahos (Mordred). Unfortunately, Rupert had to cancel with short notice, due to a change in rehearsal schedule for Twelfth Night. He sent his sincere apologies.

22 June 2018: Rupert was the first guest announced as attending Celtic Reminders, a Merlin convention to be held in Paris on 13-14 October 2018. Unfortunately, however, this event has now been cancelled.

30 November 2014: Unfortunately Rupert couldn’t attend Wales Comic Con 2014 Part 2 in Wrexham on Sunday 30 November. It seems this was because he went to the Supanova conventions in Australia in lieu of Eoin Macken and Alex Vlahos.

19 June 2014: Rupert’s brother Justin Young wrote a play titled In My Father’s Words which was performed at the Tron Theatre in Glasgow on 19-28 June 2014, before touring Scotland throughout July. See the Dundee Rep Ensemble page for full details. 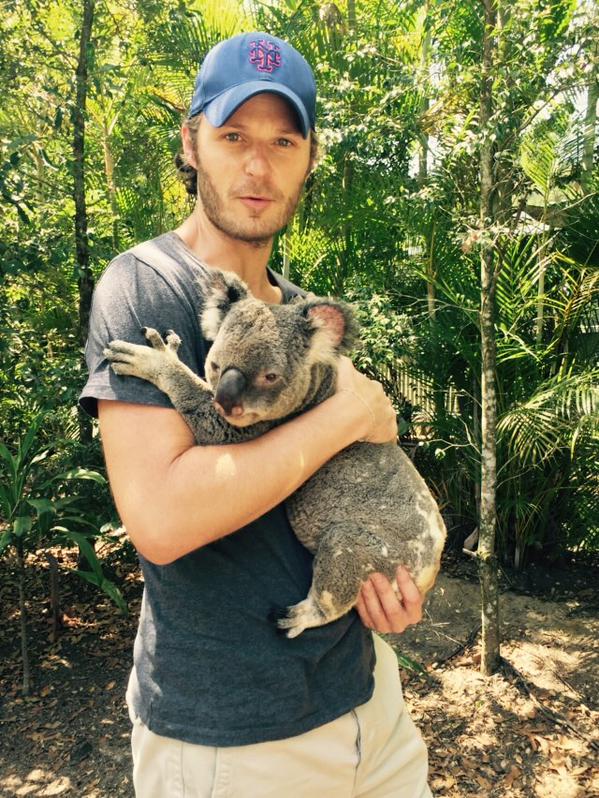 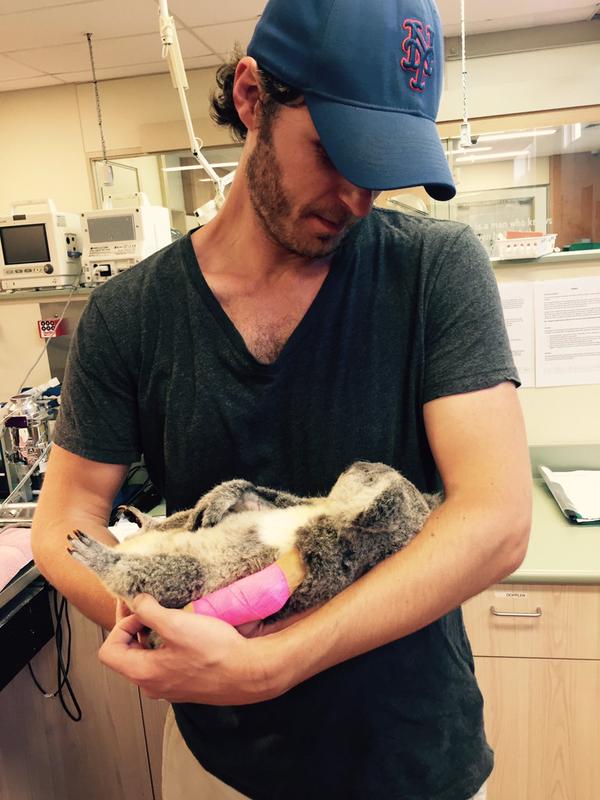 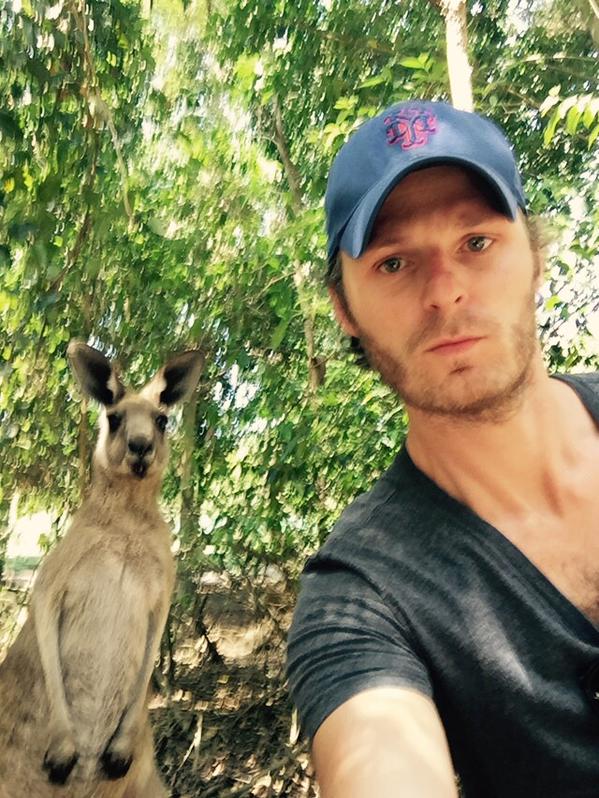 A follow-up interview by Sosefina Fuamoli for The Iris during Rupert’s attendance at the Supanova cons in Australia.

Rupert attended the Supanova conventions in Australia – in Adelaide on 21-23 November, and Brisbane on 28-30 November – on his own this time.

In the lead-up to Rupert’s attendance at the Supanova conventions in Australia, he was interviewed by Angela Allan.

There is nothing better than being part of a loyal band of brothers which us knights became and my favorite moments were – aside from sword fighting – when we were in our cloaks and on horses galloping into the castle in France. There would usually be school parties watching filming or looking around and when they saw us ride in they would look at us in awe. You couldn’t help but feel pretty cool.

The full interview can be found at Soot Magazine.

An interview by Sosefina Fuamoli for The Iris in the lead-up to Rupert’s attendance at the Supanova cons in Australia.

I mean, how often do you get to be in a show that, two years after you finish filming, people still want to meet you and still care about it? It’s very humbling. 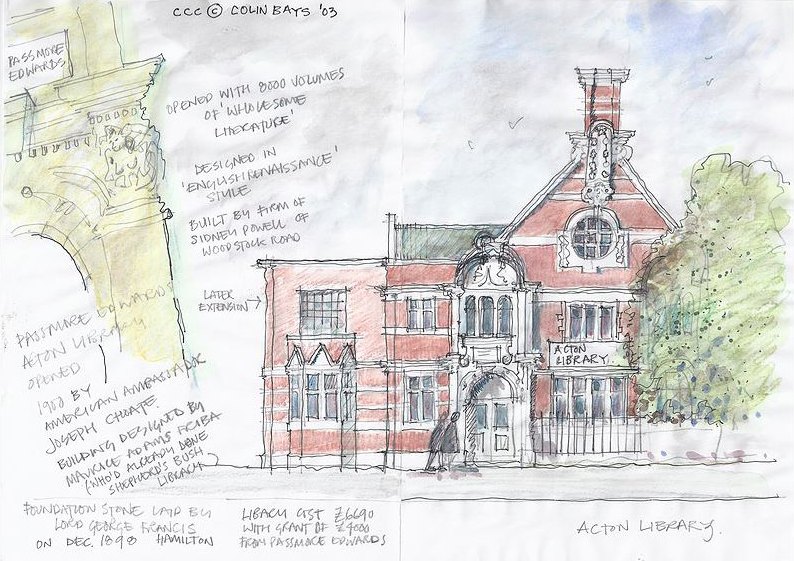 Rupert has expressed his eloquent support for this project!

update: Unfortunately this bid wasn’t successful, but they did make the final two projects to be considered by the Council. Wishing the team better luck next time!

The Old Library in Acton High Street, Acton in London originally opened in 1900, with 8000 volumes of ‘wholesome literature’. Over a hundred years later the building is vacant, and the Council wants to sell it. However, rather than letting the building fall into private hands, a team is looking to keep the building fully open to the public by converting it into an Arts Centre. This would be a multi-use location supporting theatre, film, music, dance, comedy, food, and education. The plan is for the project to be entirely self-funded throughout the conversion and onwards, via the team’s fundraising efforts.

You can read Rupert’s message on the project’s Facebook page. He said:

Acton is one of the most multi-cultural and diverse areas in London, and I believe one of the greatest things about drama and the arts is its ability to bring a community together (without prejudice and judgement.) To have this amazing arts complex – cinema, music, theatre, dance, cafe and restaurant – right in the heart of Acton, offering brilliant opportunities for people of all ages, will be a glorious and necessary addition to the High Street. It will turn Acton into a destination, and be a place where all people can come together to meet, experience, learn and excel at new skills, and…thrive.

Growing up, I was lucky to be able to go to the theatre regularly, and to take part in drama workshops. I know that without those opportunities, I would never have learned the self-confidence and the ability to communicate with people that I have today. The Old Library Arts Centre will offer the same kind of invaluable opportunities, so I fully support and back the project as a vital addition to the ongoing regeneration of Acton.

I guess no one can argue with that!

If you would like to join Rupert in supporting this project, you can:

No artist is pleased. … There is only a queer divine dissatisfaction, a blessed unrest that keeps us marching and makes us more alive than the others. 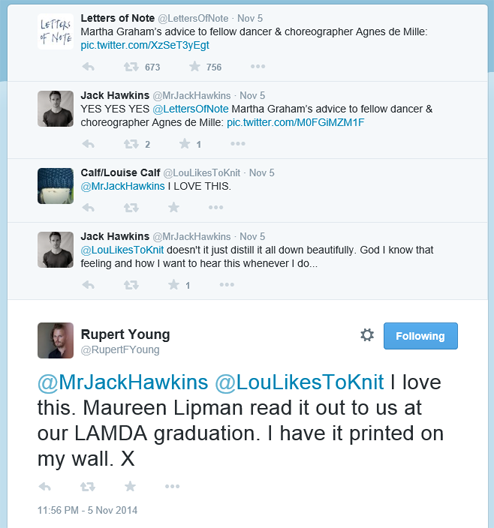