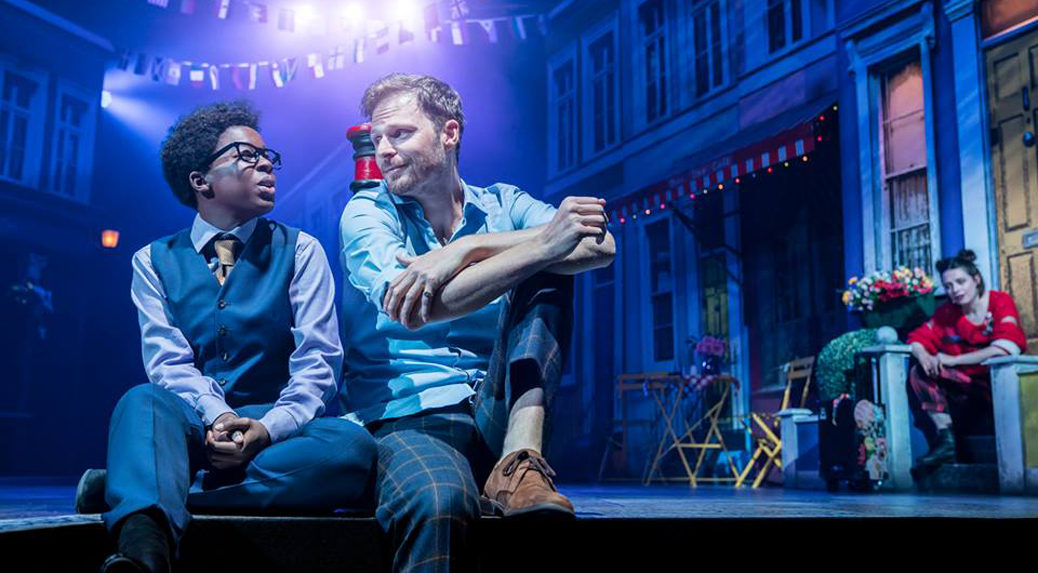 The show runs from 2 October to 17 November 2018 at the Young Vic in London. More details and tickets available at the official website.

You can read an interesting interview with Gabrielle Brooks (Viola) by Kate Berrington, about the accessibility of Shakespeare, in the British Vogue, 14 October 2018.

The banner is from a production photo by Johan Persson, sourced on the Young Vic page on Facebook.

I’ve been lucky enough to see this play twice now, and I’ve loved it. I have to admit to being a bit wary the first time, as the reviews (quoted below) had led me to fear the play was Not Quite Shakespeare, and maybe there wouldn’t be enough Orsino, either. So I was very relieved to find that none of this was so.

The story we’re already familiar with from Shakespeare’s play was certainly compressed in this adaptation, but it was all in there. (And it’s not one of his longer plays, anyway.) The romance and comedy from the original was emphasised in this version, and the cruelty and pain featured less so, but again it was all there. Or maybe I just didn’t miss a lesser emphasis on the aspects of the play I find most challenging and/or problematic…?

Or maybe we feel the pain less because in this production Malvolio retains his self-love, his belief in his own intrinsic greatness, despite being so cruelly dealt with. I’ve seen productions which end things very bitterly, with Sir Toby’s marriage to Maria being foreshadowed as disastrous, Malvolio’s threat of revenge coming from a broken man, Feste alone, Andrew Aguecheek dismissed, and so on. This adaptation does not interpret the outcomes in such ways, and I don’t know that there’s any reason in the original text why it shouldn’t do so. Why not, instead, end with not only the main romances being properly aligned, but also with a joyous song including everyone in a renewed community, and Orsino and Antonio (formerly wartime enemies) shaking hands in a spirit of kindness and reconciliation…?

The themes of this show are love and joy, acceptance of others as they are, and having the courage to be one’s own full self. To find such subject matter in Twelfth Night is no stretch at all.

Much of the spoken dialogue came directly from Shakespeare, and the lyrics were often inspired by the original play as well. I can’t imagine Shakespeare himself being fastidious about such a joyous and accessible experience. He created popular entertainment, too, after all!

As for Rupert … oh, he does play a lover so very well! Orsino isn’t exactly the largest role in the original play. However, this adaptation focuses more on the confused triangle of love between Orsino, Olivia and Cesario/Viola, and so we are blessed with more Rupert than I’d feared! Alas, he is absent for a longish stretch in the latter parts of the play, but he has so much lovely stuff to do in the early parts and in the last scenes, that I can cope with that.

It’s not unexpected to find Rupert called “effortlessly charming” in reviews, including one reviewer this time who wondered why on earth Olivia was resisting him at all! But we know that love doesn’t work like that, or at least not in this play. It was sweet to watch Orsino feeling heart-wrenched by Olivia, but also responding despite himself to Cesario. Right from the start he’s noticing Cesario’s irresistible smile, and soon he’s returning it in kind. (This comes with extra frisson, as Brooks is the most convincing Cesario I’ve seen.) The love triangle is all very genuine, as is the resolution once Sebastian makes a fourth – which compares nicely to the irresponsible antics of Sir Toby’s crew, and to Malvolio’s self-important dramatics.

Everyone does an absolutely terrific job here, though my heart was mostly caught up by Rupert, Gabrielle Brooks (Cesario/Viola) and Natalie Dew (Olivia). There is lots of laughter and lots of energy along the way, and only one scene which left me a bit indifferent. The community chorus were superb, and it was great to see they were diverse in all kinds of ways – including age, with a few older characters. Inclusion is, self-evidently, the way to go!

So, it’s five stars and three cheers from me for the Young Vic and the artistic directions of Kwame Kwei-Armah!

The first show by a new Artistic Director is an important indicator of what’s to come, a chance to establish the tone for the ensuing years with a memorable statement about the kind of theatre they want to make. In assuming responsibility for the Young Vic, a musical version of Twelfth Night may not be the obvious choice for an inaugural show but it’s community-based inclusive staging and strong equality message has Kwame Kwei-Armah setting-out his stall from the start. … This version of Twelfth Night is designed to engage the audience as much as possible beginning with barbecue food and interaction with some of the performers. Robert Jones’ cartoonish set juts-out into the audience guaranteeing everyone a good view, while maximum use is made of the auditorium’s exit points and staircases. They really want you to have a good time and with plenty of comic focus and a rousing love-in finale the feel-good factor is dialled-up to the max. … Gerard Carey may be the best Malvolio you’ve ever seen, utterly embodying Olivia’s taunt that “you are sick of self-love” and given the most astonishing tap routine with a hilarious interpretation of the yellow stockings segment. … Olivia (Natalie Drew) becomes amusingly beguiled by Cesario, an interaction played for comic effect which Drew sells superbly, but Orsino’s devotion is almost entirely serious and Rupert Young is charming as the heartbroken Duke aching with unrequited love. Brooks is equally enchanting as the suffering Viola in disguise, but the emphasis on the humour takes away from some of the pain of Shakespeare’s original, that fine balance between light and dark captured in the songs isn’t reflected in the storytelling as well as it could be. 3.5 stars from Maryam Philpott, The Reviews Hub, 12 October 2018

END_OF_DOCUMENT_TOKEN_TO_BE_REPLACED 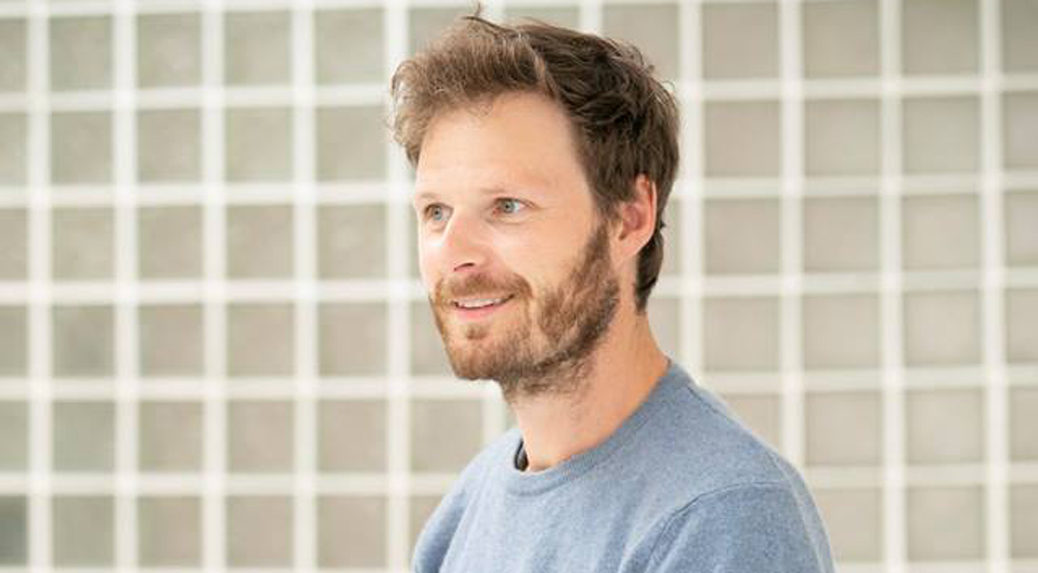 Rupert played the character Valentine, one of the Duke Orsino’s men, in this Shakespeare play.

There’s an interesting article about the challenges of running this open-air venue here: whatsonstage.com.