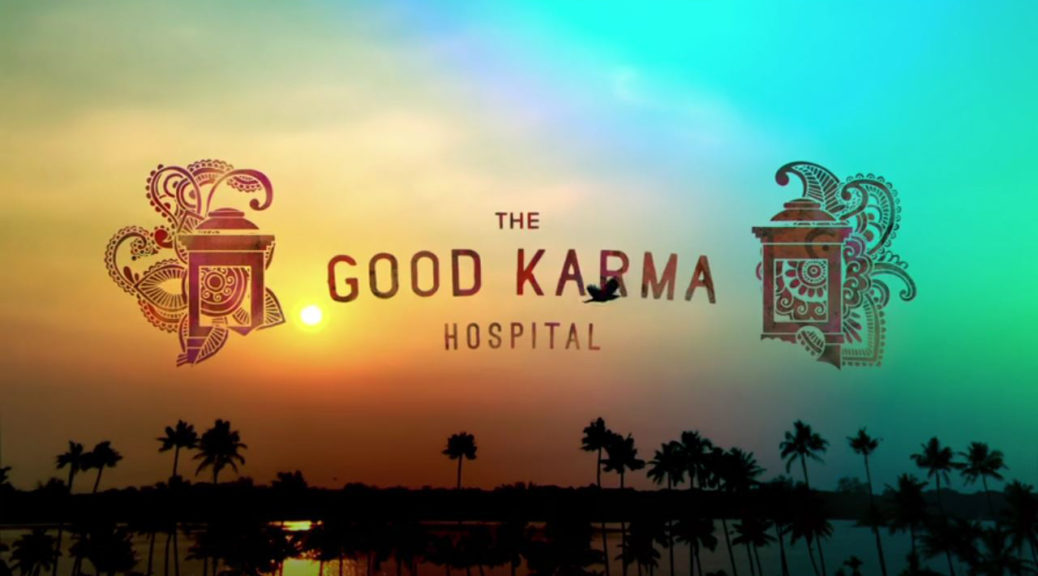 Rupert appeared as Sunshine ‘Sunny’ Macintosh in an episode of The Good Karma Hospital, a six-episode tv series created by Dan Sefton. The character’s unusual first name can be explained by the fact that his father is an artist – and of course Sunny was a lovely baby!

The series is set in a coastal town in South India, but I understand that filming took place in Sri Lanka. Wherever it is, that’s one beautiful beach!

Sunny has come to India to find his estranged father Desmond (an excellent turn from Clive Russell), who wrote to Sunny, apparently unwell and asking to see him. Dr Fonseca (Amanda Redman) drives Sunny through the town’s Holi celebrations (hence the random scatterings of colour!) to track down Desmond in his artist’s lair.

Here’s some screen captures from the episode, which I copy here with the greatest respect but without permission. (All rights remain with Tiger Aspect Productions and ITV.) 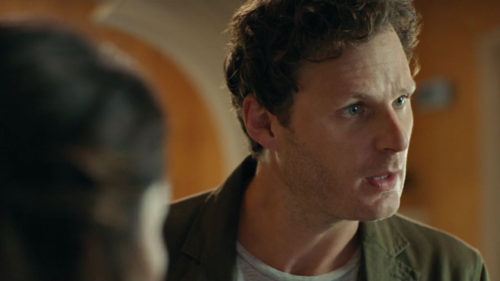 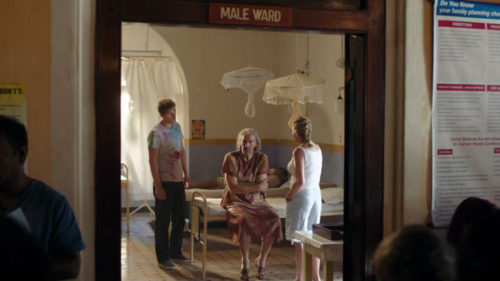 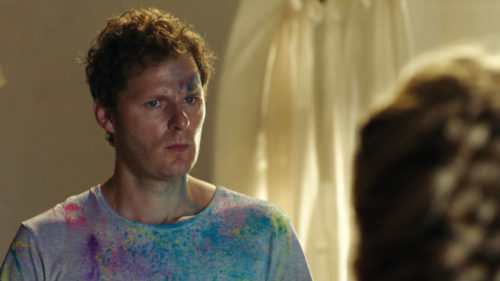 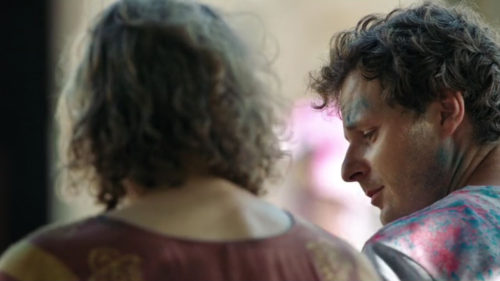 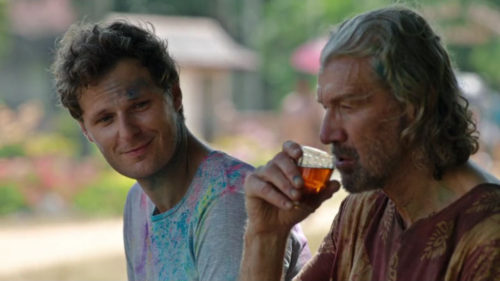