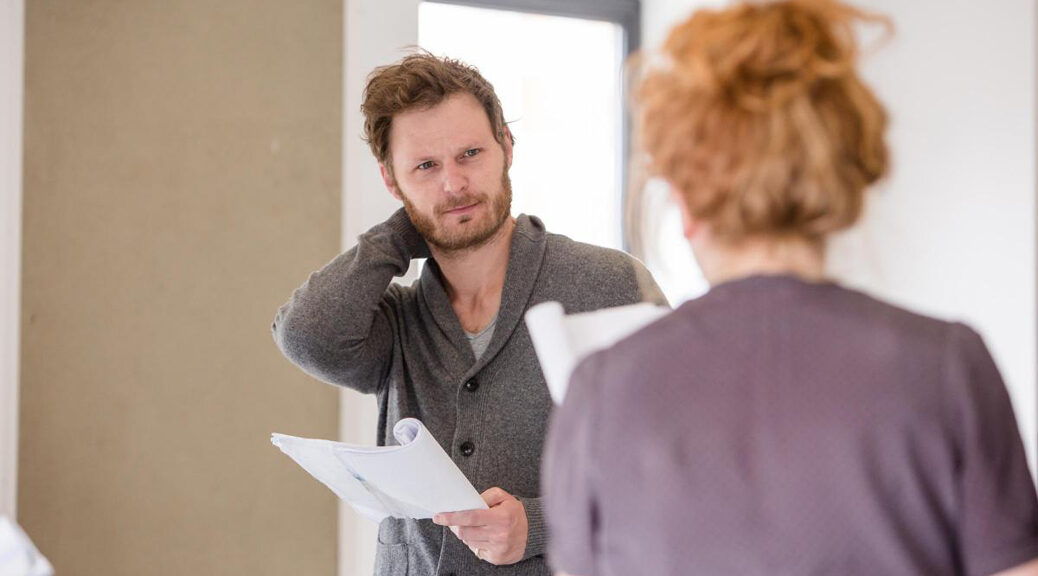 Rupert has been interviewed by Jim Palmer of the Surrey Comet about his forthcoming appearance in The Philanderer at the Orange Tree Theatre, Richmond.

It’s a fantastic part and a challenge. I have never done a Shaw play. We’re all finding the lines not the easiest to get. They are very long sentences. It’s a great challenge.

update: The article also appears here at Your Local Guardian, so it must be a press release from the Orange Tree Theatre.

ETA 21 May 2022: I have copied the full text below for the sake of preservation.

Most casual audiences will know of George Bernard Shaw’s Pygmalion (adapted into My Fair Lady) but fewer will know of the Nobel winner’s 1898 trio published as Plays Unpleasant.

Widowers’ Houses was brought to the stage at Richmond’s Orange Tree Theatre last year, and this month is the turn of The Philanderer.

Directed by Orange Tree’s artistic director Paul Miller, the work – a witty satire about a man who falls in love with two women – was not performed for a number of years after it was written due to censorship laws.

He said: “It’s not going to be a museum piece in terms of ‘this is how it would have been done 100 years ago’.

“There are so many issues that are still relevant today, I think – people’s views on marriage, I suppose. Shaw is very cynical on marriage.”

The Philanderer opens on May 16 (Young’s birthday) and he said it was a great chance for him to work with Miller again, having taken a part in Miller’s adaptation of French without Tears a decade ago.

“Also, it was a chance to work with Paul Miller again. I would do almost anything he asked me to do, having worked with him about ten years ago.

“It was also being in Richmond. I have been to see a lot of things at Orange Tree but never actually worked here. So it’s a combination of them all that has led me here.

“It’s a fantastic part and a challenge. I have never done a Shaw play. We’re all finding the lines not the easiest to get. They are very long sentences. It’s a great challenge.”