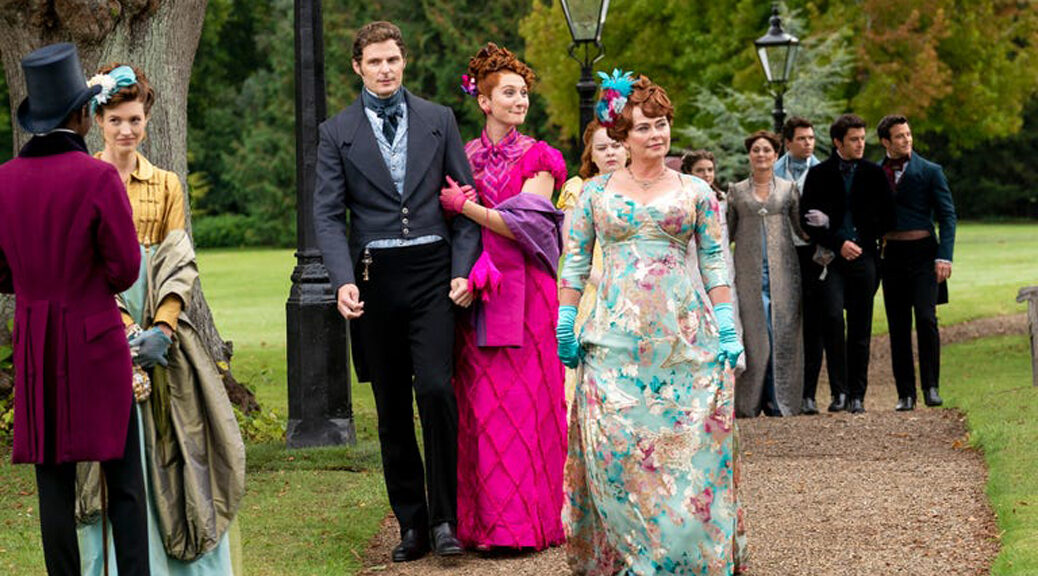 Update 26 July 2022: I’ve now copied the full text of the questionnaire below, with respect but without permission, for the sake of keeping a record.

The ‘Bridgerton’ Cast Questionnaire: Rupert Young Is a World Traveler Like Lord Featherington
Young dishes on the new addition to the Featherington family.

During the first season of Shondaland’s hit Netflix series Bridgerton, you may remember that we brought you the Bridgerton Cast Questionnaire, which introduced you a bit more intimately to the many women and men who make up the characters of the hit Shondaland show. It was a part-serious, part-silly question-and-answer rundown that shed some light on what makes these actors tick and what makes their characters tock. This year, we’ve brought the Questionnaire back, naturally, to make sure you’ve got your peacocks in a row now that Bridgerton’s second season has begun streaming worldwide on Netflix.

After the tragic — or not-so-tragic, depending on whose team you’re on — death of Lord Archibald Featherington (Ben Miller) in the first season of Bridgerton, the Featherington women have been left in limbo about who will run their estate. Because, well, in Regency England, women weren’t allowed to control their own money or property. But that’s a discussion for another day. Needless to say, Portia Featherington (Polly Walker) is not keen on their predicament, with one daughter betrothed and no dowry to speak of, never mind enough cash flow to pay the house staff. So, when the heir apparent turns out to be the rather young, rather handsome, rather charming Lord Jack Featherington, the ton is all aflutter.

A distant cousin of Archibald, the newest addition to the Featherington clan is played by Rupert Young. And like anyone named Rupert in England is required to do, Young dishes on his cricket skills, as well as a few other pertinent Bridgerton bits and bobs. Get ready to swoon, ladies.

What do you have in common with your character?

RUPERT YOUNG: We look pretty similar! We both use humor and charm to get what we want.

What do you not have in common with your character?

My clothes aren’t as beautifully made, fitted, and pressed as my character’s are. I am less self-involved (or at least like to think I am!) and think of others more.

What’s your favorite time of day, and why?

5 a.m. Even though it’s rare I’m up at that time, when I am, I love the peace and quiet and having a moment to myself before everyone else wakes up.

What’s your character’s favorite time of day, and why?

Any time from when the gentleman’s clubs are open.

What would people be surprised to learn about you?

When I was 5, I was taught the piano by Andrew Lloyd Webber’s mother.

This season brings another part of the world into the ton — is traveling important to you? What is a place or an experience that really imprinted on you when you were traveling?

Traveling is very important to me. These past couple of years have really made that incredibly clear, having not been able to go anywhere. I went to Sri Lanka many years ago, and then went back to film a television show out there. It’s an incredibly special place to me — my mother-in-law lives there, I found out that my grandfather was born there, and I was there when my wife and I found out we were going to have a baby. Also, the food is incredible. It is a magical place that keeps calling me back.

Have you ever ridden a horse? Describe that first time or a particularly memorable moment riding.

I have. I learned on a job a few years ago. I was playing a knight, and I got to ride over a drawbridge into a beautiful castle in France dressed in chain mail, cloak, and carrying a sword. I got to live out my childhood fantasies!

Newton, a corgi, is another new addition to the world of Bridgerton. Do you have any stories dealing with said diva on set?

I tried to hang out with him when we were on set on the same day, but he only seemed to want to hang out with the Bridgerton family. He had no time for anyone who wasn’t at the top of the call sheet.

A bunch of suitors must show their hidden talent to Edwina to try and win her over. Do you have a hidden talent, and if so, what is it?

I can leapfrog onto one of the red London postboxes. I watched a music video when I was younger and saw someone leapfrog over a standing person. So, I tried it, succeeded at it, and then decided to take it to a new level with the postbox! As to why, I think wine was involved, and I was trying to show off.

Is there a sport you’re particularly good at playing?

I was always pretty good at cricket. I captained my school cricket team. If you’re called Rupert, it is almost a legal requirement to play cricket. I remember as a child watching a polo match and always wanting to have a go. However, now having ridden a horse, the idea of not holding on with both hands, let alone trying to hit a ball with a polo mallet at the same time, fills me with utter terror.

I am constantly inspired by young people. Seeing the younger generation working so passionately for a fairer and more inclusive world and trying to rid it of the injustices which are sadly all too prevalent today — it gives me so much hope for the future.

What advice would you give someone who wants to act?

Watch and read as much television, film, and stage plays as you can, and try and act as much as possible. Even if it’s just working on scenes with a friend at home. Keep learning and doing.

Do you prefer to watch drama or comedy? Or perhaps your favorite is another genre altogether?

I love both, but I tend to watch more comedies. I’m obsessed with American shows like Curb Your Enthusiasm and Arrested Development.

What was the most embarrassing thing that happened to you recently?

A friend came to see the play I’m in, and when I went to bow at the end, they pulled out a ginormous sign from their seats saying, “We love Rupert.” It was both mortifying and joyous.

What was the best day of your life?

The day my daughter was born.

Who was the person who most influenced you, and how?

My drama teacher at school directed me in the musical Guys and Dolls and told me after a show that I should go to drama school. I ended up going to the same drama school he went to, the London Academy of Music and Dramatic Art, and became an actor.

What do you consider your best achievement?

What, in your opinion, is the most exciting part of this work?

Getting to work with such amazing people all with one common goal is so exciting. As an actor, you get to interact [with] and witness so many people who make a TV show. From being picked up by great drivers to being fed by caterers, to getting tested for Covid by nurses, to being fitted by the incredible costume team who have made the extraordinary costumes, to being made up by the brilliant makeup team who make you look as good as is possible, then being taken to set and looked after all day by the hardworking assistant directors, before arriving on the mind-blowing sets and being lit and filmed by the most skilled camera crew, and then to top it all off, you get to work on scenes written by phenomenal writers with fantastic actors and directors and cinematographers. We really get to collaborate with so many wonderful people who are all at the top of their game.

If you weren’t an actor, what do you think you’d be?