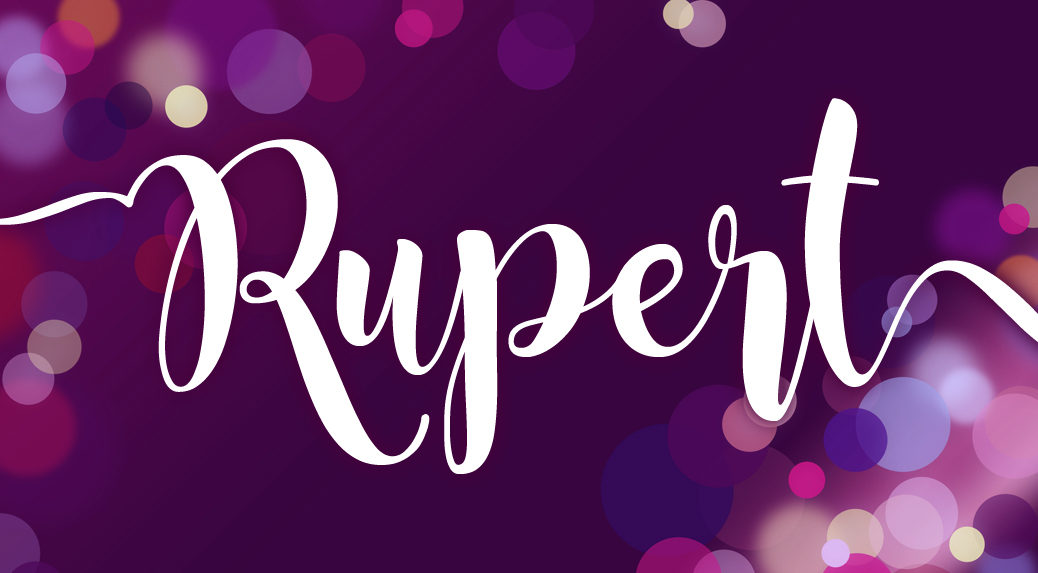 The name Rupert means “bright fame“, or so the Nameberry website tells me. The name originated as a German variation of Robert.

Nameberry goes on to say: “Rupert is a charming-yet-manly name long more popular in Britain … than in the U.S. Yet we can see Rupert as a more stylish, modern way to honor an ancestral Robert.”

Historical Ruperts include (all links lead to Wikipedia):

And then there is the intriguing Prince Rupert’s Drop.

There are a number of other lovely actors named Rupert as well. Looks and talent must go with the name!